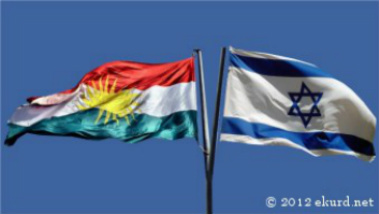 Kurdistan will be the second home for Jews after Israel

Kurdish people believe that Jewish people are part of the Kurdish nation. Kurds always have been treating Jews as equal partner In Kurdistan since the Median Empire. It is may be because Abraham the forefather of Jewish nation was an Indo-Europeans Kurd instead of African Semite like the Jewish scholars have been claiming after Moses came back from Egypt. Or large segment of Kurdish populations are the descendent of lost ten Jews tribe in Kurdistan after they were deported by Assyrian Empire to Kurdistan. What ever the reasons are the Kurdish populations are treating Jews equally with other Kurds even Islamic religions are encouraging them to treat Jews people differently.
Kurd can absorb millions of Jews in opposite of Israel because Kurdistan is large territory and in need of Jews knowledge. Jews and Kurds can be the blessing for one another and live in peace and prosperity for generations to come.
Kurdish large cities can take in millions of Jewish business man and technical oriented Jews. They can teach, build companies and do commerce in the cities. Kurdistan with its natural resources and weather can be built as haven of Mesopotamia and world.
Israel and Jew world wide should help Kurds to establish democratic system like Israel. I hope they are going to stop helping families like Barzani and Talabani to be dictators in Kurdistan. The people’s life under dictatorship is useless no matter who the dictators are. Israel and Jews should know that Barzani and Talabani family are abusing Kurdish populations now.
Kurdish people love Jewish people. So to not disappoint them stop helping dictators in Kurdistan. Creating small country for Barzani, Talabani and others is going to divide Kurdistan to small hells for Kurdish people.

Israel Support of people like Barzani and Talabani is meaning that Israel is Imperialist not friend of Kurdish people. They are only after raw material that is why supporting dictators. England and France operated in the region with the same policy before. The people hate UK and France for that policy.
Kurd wants Jews to come home to Kurdistan. They want them to build Kurdistan to have democratic Government and rule of laws. You can see what the Kurdish dictators are doing now in Kurdistan. Few Jews will make very good money for the cooperation’s with dictators like Barzani and Talabani but the Kurdish populations will turn around and join Islamic extremist because of the dictator’s policy. It is hard to leave in peace under Barzani and Talabani dictatorship Government. Majority of young Kurds are running overseas because of Barzani and Talabani family abuses.
To build free Kurdistan for the people, you have to have freedom in the country. The system of Government must be fully democratic system based on the rule of laws. The world and Kurdish people by now knows that Barzani and Talabani rulers of South Kurdistan are dividing that small area to two countries. They are practicing thee most outdated nomadic rule to run the life of the Kurdish people. The Kurdish country under such rulers never will see progress. They are restricting every freedom from the populations.
The political leaders starting with KDP, PUK, Islamist, Change and others do hate Kurds from Europe and America because those Kurds are learning what democratic systems means. The change parliament members are against the Kurdish people overseas. I know some of them and understand their opinion toward the Kurds from EU and USA.
Barzani, Talabani, Islamist and Nawshirwan Mustafa are in agreement to fight Kurdish populations from Europe and America except people who are in pay row of Barzani and Talabani family. It is just like old days when religious Sheik, land lord used to keep Kurdish population uneducated so they can abuse them and take their wealth. Today the leaders in south Kurdistan are against Kurds from overseas unless that Kurds are the sale out and partner in the oil deals. In other word the only Kurd get along with Barzani,www.ekurd.netTalabani and others in Kurdistan are the Kurd from overseas who are involved in the corruptions with those Kurdish leaders from south Kurdistan.
The Kurdish leaders are trying to fight Kurds from Europe and America so they can continue to run Kurdistan under dictatorship like Barzani and Talabani family does. Change is fighting to replace Barzani and Talabani, they are not fighting to serve Kurdish people otherwise why they do hate Kurds from Europe and America.
For the Kurd to have Kurdistan as a country like modern states of the USA and European countries they must fight dictatorship of Kurdistan. For Jews to have second home after Israel they must help Kurdish people to establish Kurdistan as a modern state.
Israel and Jews must not allow Massoud Barzani dictatorship even they are saying he is from Jews origin or allowing Qubad Talabani to be dictator in Kurdistan after his father goes to hell because he is married to the American Jewish girl.
Kurdish people want Kurdistan to be one country and be ruled by laws. They want Kurdistan to be democratic system based on free elections. So the Kurdistan citizens will choice Governments rulers. Kurd hates Barzani, Talabani, Change and others dictatorship as a rulers.
Kurd wants to be free from occupiers and internal dictators like Barzani and Talabani families. They want to be free at last. They pay with the blood to get full freedom not they fought to be free from occupiers and be ruled by dictators like Barzani and Talabani family members.
The Kurds are expecting that Jews in the world will help them for the establishment of free country. Free from Kurdish dictators. Free from occupiers. Free from religious dictatorship too. Separations’ of religion and politics are the demand of the majority of Kurdish populations.
Published by Hamma Mirwaisi on ekurd.net. He is the author of the book, « Return of the Medes ». Born in Kurdistan, he is a US citizen and has lived in the US for over 35 years. He currently works as a speaker and business consultant for the Middle East region where he hopes to some day aid in the establishment of an “Economic Union” in the area spanning from Pak to Turkey and from Kurdistan to the former Soviet Union. He can be reached at hmirwaisi@gmail.com.
Αναρτήθηκε από KIFA στις 6:03 π.μ. 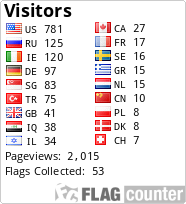